By Fintan Dunne - December 05, 2013
Are advancing technology, job automation, outsourcing and globalization leading us into an economic implosion? 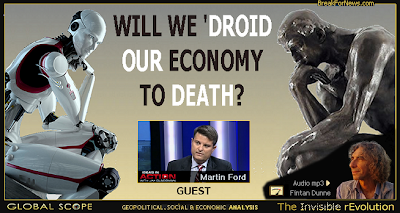 Martin Ford is the founder of a Silicon Valley-based software development firm, with over 25 years experience in the fields of computer design and software development. He has written for The Atlantic, Slate, The Huffington Post and has contributed to NPR. "The Lights in the Tunnel" shows how accelerating technology is likely to have a highly disruptive influence on our economy in the near future--and may well already be a significant factor in the current global crisis.

by Fintan Dunne, 29th June, 2009 Influential Iranian former-president, Ayotalloh Rafsanjani has deferred for tactical reasons an emergency meeting of the Assembly of Experts -despite having now secured a majority in favor of convening the powerful clerical body, according to the Iranian political analyst Professor Muhammad Sahimi. In a telephone interview this weekend, Prof. Sahimi said Rafsanjani and Iran's opposition leaders are biding their time to allow social pressures on Iran's government to intensify. Their aims are to split the government and to detach some commanders of the Revolutionary Guard from supporting the hardline government stance on the official election outcome. "And if that happens," said Professor Sahimi, "then stronger actions such as an emegncy meeting of the Assembly of Experts to investigate the performance of the Supreme Leader can be done." The government also now seems to be avoiding a definitive showdown. The deadline to i
Read more
By Fintan Dunne - May 03, 2021

COVID Vaccines: Necessity, Efficacy and Safety Doctors for Covid Ethics 2 days ago · 14 min read Abstract:  COVID-19 vaccine manufacturers have been exempted from legal liability for vaccine-induced harm. It is therefore in the interests of all those authorising, enforcing and administering COVID-19 vaccinations to understand the evidence regarding the risks and benefits of these vaccines, since liability for harm will fall on them. In short, the available evidence and science indicate that COVID-19 vaccines are unnecessary, ineffective and unsafe. Necessity:  Immunocompetent individuals are protected against SARS-CoV-2 by cellular immunity. Vaccinating low-risk groups is therefore unnecessary. For immunocompromised individuals who do fall ill with COVID-19 there is a range of medical treatments that have been proven safe and effective. Vaccinating the vulnerable is therefore equally unnecessary. Both immunocompetent and vulnerable groups are better protected against variants of SARS
Read more
By Fintan Dunne - September 09, 2022 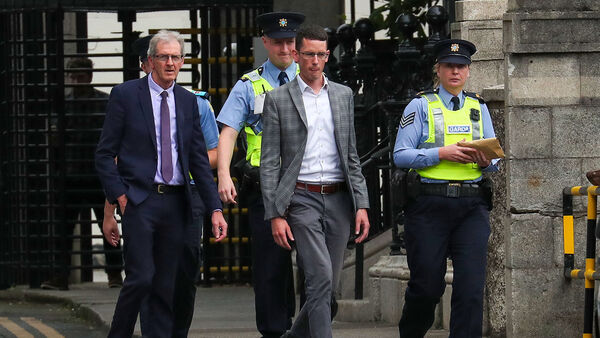 Enoch Burke at the Four Courts accompanied by his father, Sean Burke. Picture: Collins Courts WHAT IF ENOCH BURKE WAS A MUSLIM? by Fintan Dunne  http://FintanDunne.com http://BreakForNews.com 9 September, 2022 Enoch Burke’s biggest problem is that he is not a Muslim. If he had refused to use gender pronouns because it conflicted with the Koran –we would be falling over ourselves to accommodate him on the basis of religious tolerance. But he is a devout Christian. And Irish media is hostile to such beliefs with their own religious fervour.  Tell me they would persecute a Muslim teacher in precisely this manner and I will call you a naive fool.  This is not a level playing field. That secular hostility extends to the point of intolerance. Such as the intolerance  of the school where Enoch voiced his religious objections to being forced to buy into condoning a process which often ends via the dubious medical benefits of surgical transgenderism.  I say dubious because the U.K. Tavistoc
Read more