Occupy: On the Road to Meet America

Act 1, Scene 1:
Cue award-winning filmmaker Jon Jost, who in 2013, at the age of 71 - had thrown in the
towel on his internationally famous #indie film career. Not because of his age, but rather due to today's corporate, dust-bowl climate for independent films. So sad.

Act 1, Scene 2:
Enter a 'Dynamic Duo' of Occupy stalwarts and film enthusiasts who prevail on Jon to restart his "Grassroots-America-Style" film, PLAIN SONGS. They both pledged to come on board and help Jon to complete the project.

The duo are Daniel Levine (r.), a 2nd-day OWS participant and who wrote a book (Every Time I Check My Messages Somebody Thinks I’m Dead: A Memoir of Occupy Wall Street) about his experience, and his friend Brian Spellman (l.).
As Jon says: "They will be heading out themselves to travel parts of the USA, shooting and exploring, trying to grapple with the State of the Nation, as I did decades ago."

Help out. Or spread the Word. Thank you. 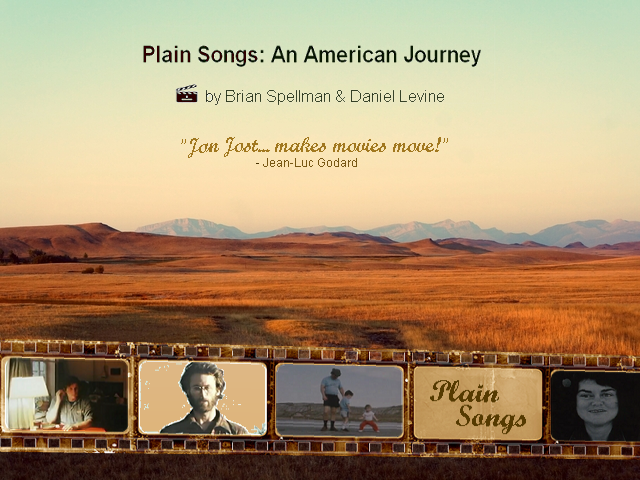