"Las Vegas mass shooting suspect, Stephen Paddock
did not die until noon on the day following the attack."

That's a startling claim, but it's seemingly founded on actual autopsy documents. 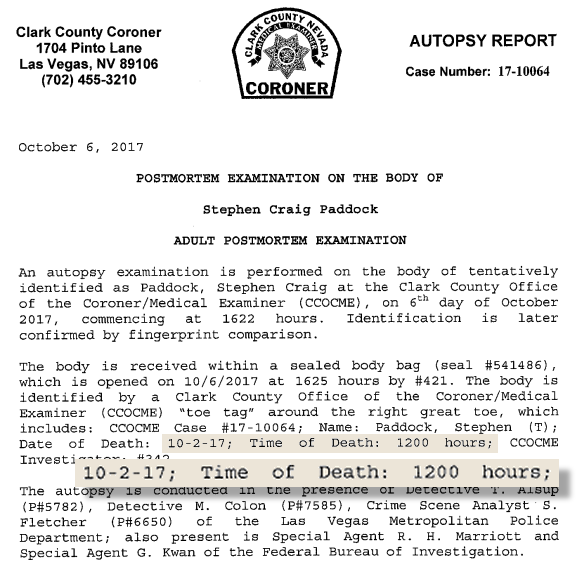 It's obvious that 1200 hours on the 2nd of October could easily mean midnight of the night before. Admittedly, 1200 hours could also indicate noon of the following day.

Had Paddock been deceased only since noon, the speedy refrigeration of his body would have significantly slowed the rigor mortis cycle, and it's unlikely rigor would be already fading as reported: 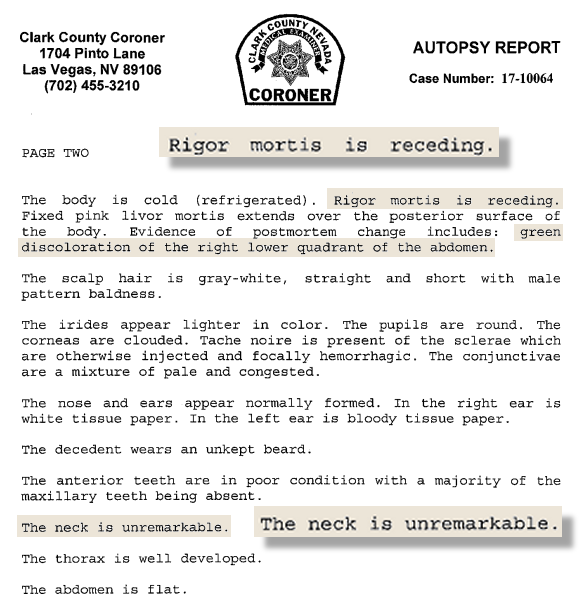 In passing, we note the coroner thinks Paddock's neck is "unremarkable".

What looks like a "13" is visible is one prior photo widely released by news media of record. That number, almost tattooed in appearance, is absent in the sole image we have of the occupant of the Mandalay Bay -and from the coroner's report 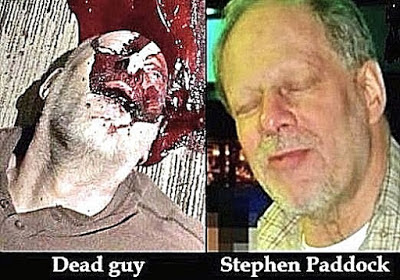 The most startling finding of the examinations of Paddock's remains are the lack of significant psychoactive substances. Paddock was neither drunk nor doped in any fashion. Neither did he display signs of previous addiction, nor had he any evident significant deterioration of his personal health.

No matter what social facade Paddock wore, it's reasonable to question the absence of the physical effects of private mental collapse. That's quite anomalous.