Showing posts from November, 2013
Show all

Audio: The Rise of Homo TechNas 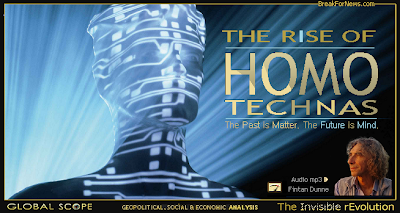 A new species of human is emerging at the leading edge of technology, as the internet and consumer nanotechnologies create an collective extension of our minds. The driver of our evolution is no longer DNA - it's software! Listen: Audio presentation by Fintan Dunne , BreakForNews.com
Post a Comment
Read more

by Fintan Dunne - 19th Nov 2013 @ 11pmEST In the wake of two explosions targeting the Iranian embassy in Beirut, the clearing dust reveals a key intelligence implication of the bombing : a successful international deal with Iran is imminent. The signs have been pointing towards resolution, since Sunday, when the Iranian foreign minister, Mohammad Javad Zarif said that Iran sees "no necessity for [its] right to enrichment to be recognised." Iranian President Hassan Rouhani later spoke with Putin and China's Xi. Vladimir Putin was officially quoted telling Rouhani that there was a “real chance” of deal over the Iranian nuclear program. Momentum was clearly gathering. On Tuesday afternoon, David Cameron made the first phone call by a British prime minister to an Iranian president in over a decade. The call may well have been in response to the bombs in Beirut earlier that day. The timing of those blasts are a clear warning by parties hostile to a negotiate
Post a Comment
Read more

Are You White? Wheat Is Why. 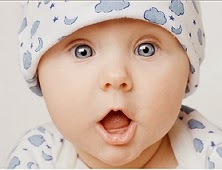 Proof of Wheat's Human Toxicity. By Fintan Dunne, 18th Nov, 2013  There's been some backlash against the growing public focus on the role of wheat in gut-related inflammation and autoimmune disorders.  Especially since  Dr. Will Davis penned " Wheat Belly ," and raised the profile of this largely unrecognized killer. Critics admit that wheat gluten drives celiac disease, but argue that the condition is relatively rare, linked to a specific genotype and not a concern for the broader population. Here's compelling evidence otherwise.  Wheat has more toxic content than just the gluten 'gliadin' implicated in celiac disease. It also contains tiny lectins called wheat germ agglutinin (WGA). If you are white in skin tone, it is the WGA in wheat which helped give your forbears and you that distinctive pale pallor! Allow me back that up. Broadly speaking, racial skin tone lightens as one moves away from the equatorial lattitudes towards the
Post a Comment
Read more
More posts