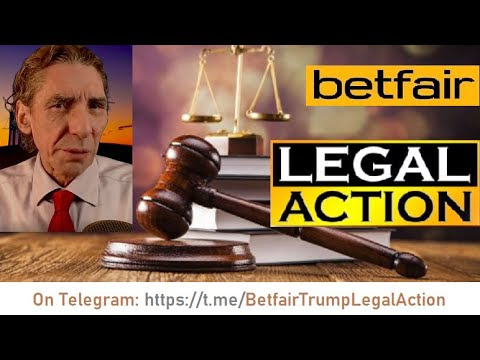 " WE'RE SUING BETFAIR " -TRUMP PUNTERS TO FILE CLASS ACTION LAWSUIT 10th Feb 2021 | Hundreds of Betfair customers who backed Trump for reelection are in legal talks to mount a class action and sue the online gambling giant over it's early settlement of the Next President betting market on 14th December, 2020. At issue is whether the firm was right to settle the market before there was certainty as to the outcome -which was only resolved three weeks later in the early hours of January 7th, 2021 during a joint session of the US Houses of Congress. The 'Betfair Trump Punters' group has over 1,500 members on Facebook and Telegram . They say the early settlement of the market caused them losses by denying them cash-out opportunities. In a video announcement today, founder of the online group, Fintan Dunne confirmed they are in legal talks to launch a class action lawsuit -first in the United Kingdom and then internationally. Group members say that Betfair mad
Post a Comment
Read more
More posts