Showing posts from April, 2015
Show all

Then They Came For The Birth Mothers 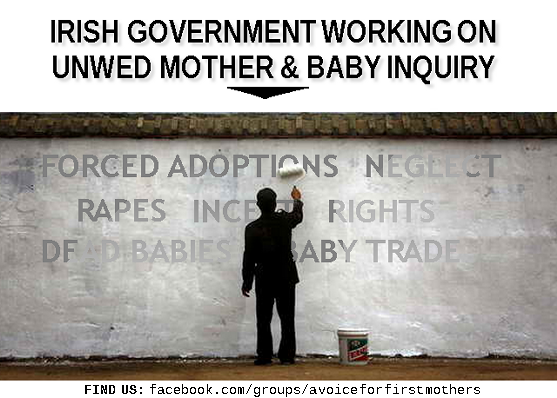 "There are NO circumstances in which is is right  to permanently  steal a child   from a woman who  only needs our help." by Fintan Dunne | April 10 2015 @ 19:00 BST You may have thought that Irish mothers who were incarcerated in religious-run concentration camps, and whose children were forcibly adopted, would be pleased to see an official Irish government inquiry already commissioned.  Think again. There's been  media management of this issue in Ireland. The online newspaper 'The Journal', earlier this year reported that the Irish Government's Mother and Baby inquiry had been " broadly welcomed ". So you probably didn't hear that the 50-strong Irish First Mothers group, which met and lobbied ministers both north and south in Ireland, opposed it! For contrast read Conall Ó Fátharta's  report in the Irish Examiner. The reality is that on the day the government announced the Mother and Baby inquiry, most mothers reje
3 comments
Read more
More posts