Showing posts from 2018
Show all

Brussels-Rome war: EU holds back Italy’s anti-euro tide for now Steve Keen is an Australian economist and author. He’s professor and Head of the School of Economics, History and Politics at Kingston University in London. You can support his attempts to build a new economics https://www.patreon.com/ProfSteveKeen. Published time: 28 May, 2018 15:44 A view of Rome's ancient Colosseum, August 5, 2010. © Tony Gentile / Reuters 233 By pushing a presidential veto of Rome’s proposed new government, Brussels may have secured the euro’s status in Italy, for now. However, it may prove to be only a stay of execution. As I write, a constitutional crisis has erupted in Italy after its President – who normally fulfils only a ceremonial role – refused to allow the prospective new coalition government to appoint Paolo Savona as finance minister. Superficially, this is a ridiculous decision: Savona is a distinguished 81-year-old economist who has worked at
Post a Comment
Read more 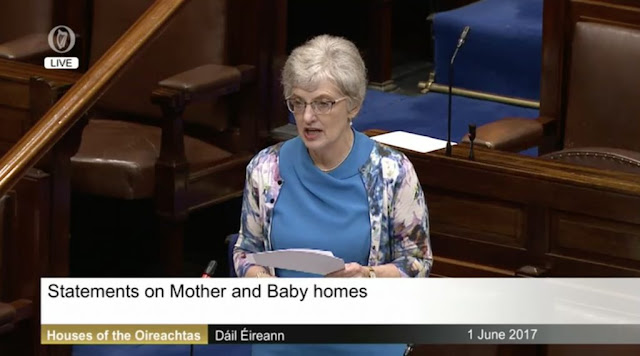 Minister for Children and Youth Affairs, Katherine Zappone has lied repeatedly --including to the Oireachtas-- about her intent to invite U.N. Special Raporteur, Pablo de Greiff to Ireland to provide international human rights oversight of the Government's response to issues around the Commission of Investigation into Mother and Baby homes.  The Big Lie began on 1st June, 2017 when Dr de Greiff's proposed visit to Ireland was  first mentioned  by Minister Zappone -who cited his " extensive experience and insights which I believe will help me as a Minister ". The deception deepened on 12 December 2017 when the Seanad was told that the Government had formally decided to invite the UN Special Rapporteur.  "I will work with my colleague, the Minister for Foreign Affairs and Trade, to arrange this invitation ," said the Minister.  Full steam ahead then, eh? It sure seemed like it, because by 13th February,  Zappone told the Dáil that  " Arra
1 comment
Read more 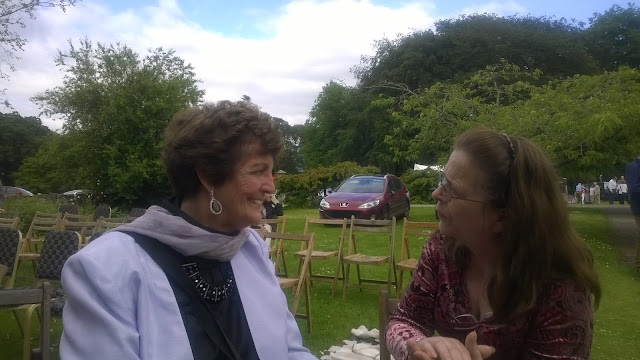 Ireland's political, bureaucratic and media elites are using adopted persons and academics to substitute for the mothers who witnessed genocidal, state-sanctioned practices in Mother and Baby Homes. F irst Mothers group has filed a complaint against RTE with the Broadcasting Authority of Ireland. Here's why. Philomena Lee - Does She Take Sugar? RTE's Claire Byrne Buries the Genocide RTE's Sean O'Rourke Keeps it in The Family Six One News with Joe Little At Large Examiner's Conall Ó Fátharta Buries the Lead Katherine Zappone Stacks the Political Deck Epilog Philomena Lee and Kathy McMahon of Irish First Mothers 1)   Philomena Lee - Does She Take Sugar? " U.K.‘s Radio 4 ran a series called “ Does He Take Sugar? ”, referring to when someone asks the carer about sugar, instead of directly asking the person... " -- Yvonne Rogers, Gary Marsden Ms Philomena Lee, like most women from the Magdalen Laundries is by now in advanced ye
Post a Comment
Read more

"Las Vegas mass shooting suspect, Stephen Paddock did not die until noon on the day following the attack." That's a startling claim , but it's seemingly founded on actual autopsy documents. Don't be misled. Here's the cherry-picked part of the full report: It's obvious that 1200 hours on the 2nd of October could easily mean midnight of the night before. Admittedly, 1200 hours could also indicate noon of the following day. Which of those two did the report mean to say? Well, the very next page puts paid to any idea that Paddock had only passed away a few hours before his body arrived to be stored for autopsy four days later on the 6th October . The coroner records that when the autopsy examination commences, Paddock's refrigerated body has rigor mortis which is beginning to fade. Had Paddock been deceased only since noon, the speedy refrigeration of his body would have significantly slowed the rigor mortis cycle, and it's u
Post a Comment
Read more
More posts